MOST CHILDREN AREN'T BAD SPELLERS. THEY JUST HAVEN'T LEARNED THE RULES -HERE'S HOW YOU CAN HELP 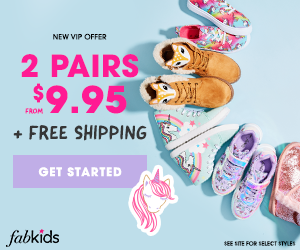 Have you ever said to yourself, “I’m terrible at spelling”? Maybe you’ve heard a friend or relative groan about being a ‘bad speller.’ I know I’ve heard it on more than a few occasions in my lifetime.
Here’s the truth. There’s no such thing as a bad speller. Being a lousy speller is a myth. There are only kids who have learned the rules and kids who haven’t.

When my son was nine, he came home from school one day and casually told me that he’d won the Spelling Bee in his class. That meant he would go on to compete against all the other fourth and fifth-grade classroom winners in his school. So, he was given a list of words to study for the next round of competition, which he barely studied. Most of the words on the list he was already familiar with because he was an avid reader, regularly devouring 300-page page books in a week or two. He was a “good speller,” but could he pull it off it against other “good spellers?”

The appointed day of the fourth and fifth-grade Spelling Bee arrives. Fourteen students, along with my son, sat down in chairs lined along the stage.
Word after word and round after round, my son slowly approached the microphone at the podium and spelled each word presented correctly. The final round left him and another student to battle it out for the winning spot. The announcer provided each of them with the same word. If one of them spelled it correctly, the other would be given a different word. If one of them misspelled it, the other student would not only have to spell that word correctly but a new word also. I don’t recall what the final word was, but the other student misspelled it. That meant my son had to spell that word plus another word correctly to be declared the winner. Again, my son slowly and correctly spelled the word and was one just word away from winning. Everything in me wanted to jump up and yell, ‘YOU GOT THIS, Z!’ But, if you’ve ever watched or attended any Spelling Bees, that behavior would have gotten me immediately ejected, I’m sure.

The speaker announced the final word. Z slowly and carefully enunciated each letter until he reached the end. “That is correct,” the teacher-announcer responded. He had captured the Spelling Bee trophy!

Next round, he would compete with winners from every school in our city. Again, he’s given a list of words to study. These words were like decoding hieroglyphics. So, I (Coach Mom), detailed him a study plan and explained that he had to study this hard this time around because these words were from different languages and had different rules than the ones he already knew.
Let me cut to the chase. He made it through one round, but the word given in round two threw him for a loop. He stood there, head down, searching his internal word bank and, unfortunately, came up short.

You see, Z was unfamiliar with the word. It had different rules than the ones he already knew.

And for kids, knowing and remembering the rules are critical, not only for spelling but knowing how to pronounce words when they encounter them while reading.

What Matters in Spelling?
Rules matter, word parts matter, patterns matter. Learning to spell and spelling involves understanding speech sounds and that those sounds connect to letters. As children develop, shifts occur progressing on to recognizing whole words by their shapes, which explains why a toddler can “read” words like Walmart, Exit signs, and other environmental print. Eventually, they move on to inventive (or transitional) spelling and graduate to identifying patterns or chunking in words, letter combinations, spelling rules, digraphs, plurals, understanding syllables, and more. Children must master these areas to become, let’s say, well-trained “good spellers.”

Shouldn’t My Child’s Teacher Know Spelling Rules?
Unfortunately, according to an article written in the Texas Journal of Literacy Education by Rebecca Putman:
“the traditional spelling curriculum does not require teachers to be familiar with developmental spelling stages or understand how the English language system is organized.”
Therefore, teachers can’t teach what they do not know. Students end up being a by-product of a lack of knowledge and school systems that fail to provide proper professional development on literacy education. There are exceptions to the rule.  If your child’s teacher and school knows and mandates teaching spelling rules, that’s commendable.

How Do I Help My Child With Spelling?
What can you do to help your child become a “good speller?” Remember that I mentioned spelling involves many complex skills and processes are in place as children transition up the spelling ladder. We want their journey to be fun, practical, and useful at the same time.

Here’s where you come in. You are your child’s first teacher. And, you can confidently help your child spell well.

1. Create a Print-Rich Environment
Children need plenty of opportunities to write, read, or be read to, see words. Set up an area with markers and paper or poster board (consider taping it to a wall or refrigerator) to write new and exciting words they discover.
2.Play with Sounds and Word Games
Children need repeated exposure to phonemes, rhyming words, and learn how to manipulate words to see and hear variances in spellings and sounds. You can accomplish this through word searches, changing lyrics to songs, well-know games like hangman, pointing out when you hear similarities in words. For instance, if they are trying to spell mouse, say, “Mouse has the /ou/ sound like in out.” Then, guide them in spelling the word by saying the beginning sounds and asking which letters go with the sound. Some of my favorite word games I played with my children are Boggle, Pictionary, Scrabble, Bananagrams.
3. Encourage writing through:
Making Books – Children enjoy this one as they get to be the author and illustrator of their own story. For younger children, have them dictate to you as you write. Talk about words as you write and stretch out sounds as you spell.
Leaving Notes – Be intentional and write notes that require a response. Don’t overreact to misspellings, especially for kindergartners and first graders.
Journal – Let children write freely about their day at school, visit to the dentist, last night’s dinner, a song, a poem – whatever they choose. You could also do a shared journal. You and your child would write back and forth to one another every day or week.
-Celebrate their writing (even their invented spelling)
4. Talk Aloud as You Help Them Spell Words – Say each sound in the word slowly as they write the letters that match those sounds. Explain spelling rules when they cross tricky words like ‘catch.’ For example, words that begin with the /k/ sound followed by /a/ /o/ /u/ are spelled with the letter C. And, words that end with the /ch/ sound after a vowel (long or short) is spelled with -tch.
5. Teach Them Tricks and Strategies to Spell Unfamiliar Words – Think about if the word is plural or sounds like other words they know. Have them clap or pat out the syllables. Any action will do that allows them to count the syllables. Draw boxes (or hearts-or whatever they choose) for the number of syllables. Then, they say each word part and write them inside the boxes.

Spelling requires multiple processes, skills, and teaching be in place to become proficient at spelling. Spelling curriculum in schools doesn’t require most teachers to know the stages of spelling. Most children can become “good spellers” with the right guidance and environment such as encouraging writing, teaching tricks and strategies to spell new and unfamiliar words, playing with sounds, and more.

Let me know if you used these and how it’s going.

Happy (and Much Successful) Reading!

Any cookies that may not be particularly necessary for the website to function and is used specifically to collect user personal data via analytics, ads, other embedded contents are termed as non-necessary cookies. It is mandatory to procure user consent prior to running these cookies on your website.